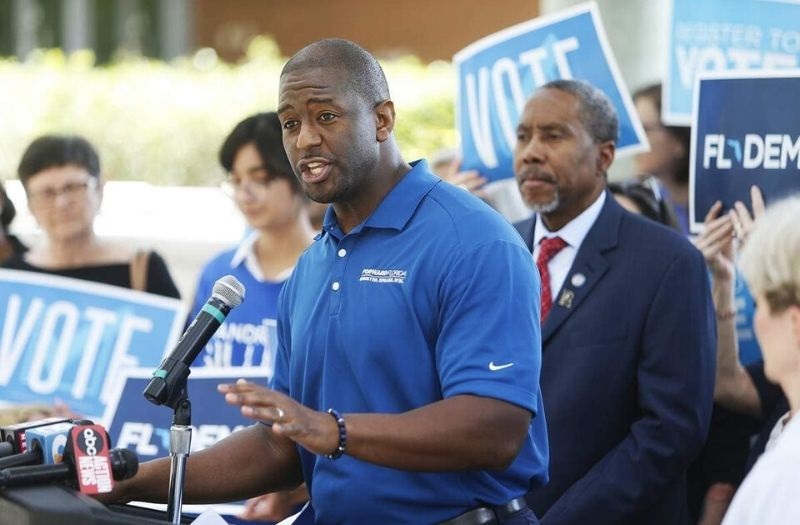 Former Tallahassee Mayor Andrew Gillum (D) announced Sunday that he would withdraw from public life and seek treatment for alcohol abuse after being discovered intoxicated alongside a man suspected of overdosing on crystal meth in a Miami hotel room.

In a statement, the former 2018 candidate for Florida governor admitted to developing an alcohol addiction after losing to now-Gov. Ron DeSantis (R), and declared that he would seek treatment.

“After conversation with my family and deep reflection, I have made the decision to seek help, guidance and enter a rehabilitation facility at this time. This has been a wake-up call for me. Since my race for governor ended, I fell into a depression that has led to alcohol abuse,” he said.

“I am committed to doing the personal work to heal fully and show up in the world as a more complete person,” Gillum continued. “I now need to firmly focus on myself and my family. I will be stepping down from all public facing roles for the foreseeable future.

Gillum issued a public apology on Friday after being discovered intoxicated in a Florida hotel room with others including a man who police said had suffered a “possible drug overdose.” A bag of what was suspected to be methamphetamines was also found in the room.

“While I had too much to drink, I want to be clear that I have never used methamphetamines,” Gillum said. “I apologize to the people of Florida for the distraction this has caused our movement.”