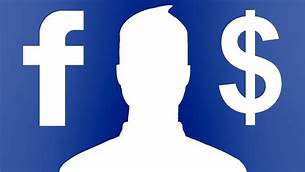 The Australian government announced on Sunday that it will force Facebook and Google to pay the country’s media companies in order to use their news content, a move that comes as thousands of news outlets worldwide are compelled to downsize and shut down because of plummeting ad revenue from the coronavirus pandemic.

According to ABC News (AU), the decision was made by the country’s treasurer, Josh Frydenberg, who had initially asked the Australian Competition and Consumer Commission to form a voluntary code that would require Facebook and Google to negotiate with media companies on fair payment and sharing of advertising revenue. But after the ACCC advised the government that it was “unlikely” that the Silicon Valley companies would agree, Frydenberg asked the ACCC to make a mandatory code that will define what news content the companies must pay for and what penalties will be levied if the code is not followed.

“It’s only fair that those that generate content get paid for it,” Mr. Frydenberg said.

The mandatory code was also ordered because of the escalating damage that the pandemic-induced global economic downturn has inflicted on the news media. Dozens of local newspapers in Australia have shuttered since the pandemic began, and in Southern California, publications like The Los Angeles Times and The Hollywood Reporter have furloughed and laid off dozens of staff. “Media companies are facing significant financial pressure and COVID-19 has led to a sharp downturn in advertising revenue across the whole sector,” Australian Communications Minister Paul Fletcher wrote. “Digital platforms need to do more to improve the transparency of their operations for news media providers as they have a significant impact on the capacity of news media organisations [sic] to build and maintain an audience and derive resources from the media content they produce.”

Australia isn’t the first country to attempt to regulate Google and Facebook’s growing control of digital news consumption. A similar order to Google to pay for local news content was issued by France earlier this month, invoking new rules made by the European Union as part of sweeping copyright reform. France has given Google three months to negotiate “in good faith” with French news companies, including Agence France-Presse, the global news agency that provides news to all of the country’s government offices.